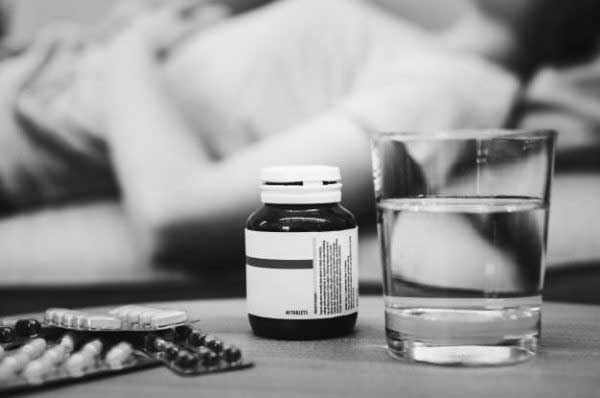 The main sources of mold exposure are from the indoor air in buildings with substantial mold growth, and from ingestion of food with mold growths.

Prevention of mold exposure and its ensuing health issues begins with prevention of mold growth in the first place by avoiding a mold-supporting environment such as humid air. Extensive flooding and water damage can support extensive mold growth. Following hurricanes, homes with greater flood damage, especially those with more than 3 feet (0.91 m) of indoor flooding, demonstrated higher levels of mold growth compared with homes with little or no flooding. The aftermath of a hurricane is the worst-case scenario, but the concept of water damage supporting widespread mold growth is more generally applicable.

It is useful to perform an assessment of the location and extent of the mold hazard in a structure. Various practices of remediation can be followed to mitigate mold issues in buildings, the most important of which is to reduce moisture levels. Removal of affected materials after the source of moisture has been reduced and/or eliminated may be necessary. Thus, the concept of mold growth, assessment, and remediation is essential in the prevention of mold health issues.

A common issue with mold hazards in the household is the placement of furniture and the lack of ventilation which this causes to certain parts of the wall. The simplest method of avoiding mold in a home so affected is to move the furniture in question. Adverse respiratory health effects are associated with occupancy in buildings with moisture and mold damage.

Molds may excrete liquids or low-volatility gases, but the concentrations are so low that frequently they cannot be detected even with sensitive analytical sampling techniques. Sometimes these by-products are detectable by odor, in which case they are referred to as “ergonomic odors” meaning the odors are detectable but do not indicate toxicologically significant exposures.

Molds that are often found on meat and poultry include members of the genera Alternaria, Aspergillus, Botrytis, Cladosporium, Fusarium, Geotrichum, Mortierella, Mucor, Neurospora, Paecilomyces, Penicillium, and Rhizopus. Grain crops, in particular, incur considerable losses both in field and storage due to pathogens, post-harvest spoilage, and insect damage. A number of common microfungi are important agents of post-harvest spoilage, notably members of the genera Aspergillus, Fusarium, and Penicillium. A number of these produce mycotoxins (soluble, non-volatile toxins produced by a range of microfungi that demonstrate specific and potent toxic properties on human and animal cells) that can render foods unfit for consumption. When ingested, inhaled, or absorbed through skin, mycotoxins may cause or contribute to a range of effects from reduced appetite and general malaise to acute illness or death in rare cases. Mycotoxins may also contribute to cancer. Dietary exposure to the mycotoxin aflatoxin B1, commonly produced by growth of the fungus Aspergillus flavus on improperly stored ground nuts in many areas of the developing world, is known to independently (and synergistically with Hepatitis B virus) induce liver cancer. Mycotoxin-contaminated grain and other food products have a significant impact on human and animal health globally. According to the World Health Organization, roughly 25% of the world’s food may be contaminated by mycotoxins.

Prevention of mold exposure from food is generally to consume food that has no mold growths on it. Also, mold growth in the first place can be prevented by the same concept of mold growth, assessment, and remediation that prevents air exposure. In addition, it is especially useful to clean the inside of the refrigerator and to ensure dishcloths, towels, sponges, and mops are clean.

Ruminants are considered to have increased resistance to some mycotoxins, presumably due to the superior mycotoxin-degrading capabilities of their gut microbiota. The passage of mycotoxins through the food chain may also have important consequences on human health. For example, in China in December 2011, high levels of carcinogen aflatoxin M1 in Mengniu brand milk were found to be associated with the consumption of mold-contaminated feed by dairy cattle.

Over 47 species have been identified in pillows.

Flooding in houses causes a unique opportunity for mold growth which may be attributed to adverse health effects in people exposed to the mold, especially children and adolescents. In a study on the health effects of mold exposure after hurricanes Katrina and Rita, the predominant types of mold were Aspergillus, Penicillum, and Cladosporium with indoor spore counts ranging from 6,142 – 735,123 spores m−3. Molds isolated following flooding were different from mold previously reported for non-water damaged homes in the area. Further research found that homes with greater than three feet of indoor flooding demonstrated significantly higher levels of mold than those with little or no flooding.

Recommended strategies to prevent mold include avoiding mold-contamination; utilization of environmental controls; the use of personal protective equipment (PPE) including skin and eye protection and respiratory protection; and environmental controls such as ventilation and suppression of dust. When mold cannot be prevented, the CDC recommends clean-up protocol including first taking emergency action to stop water intrusion. Second, they recommend determining the extent of water damage and mold contamination. And third, they recommend planning remediation activities such as establishing containment and protection for workers and occupants; eliminating water or moisture sources if possible; decontaminating or removing damaged materials and drying any wet materials; evaluating whether space has been successfully remediated; and reassembling the space to control sources of moisture.

In the 1930s, the mold was identified as the cause behind the mysterious deaths of farm animals in Russia and other countries. Stachybotrys chartarum was found growing on wet grain used for animal feed. Illness and death also occurred in humans when starving peasants ate large quantities of rotten food grains and cereals that were heavily overgrown with the Stachybotrys mold.

In the 1970s, building construction techniques changed in response to changing economic realities including the energy crisis. As a result, homes, and buildings became more airtight. Also, cheaper materials such as drywall came into common use. The newer building materials reduced the drying potential of the structures making moisture problems more prevalent. This combination of increased moisture and suitable substrates contributed to increased mold growth inside buildings. Today, the US Food and Drug Administration and the agriculture industry closely monitor mold and mycotoxin levels in grains and foodstuffs in order to keep the contamination of animal feed and human food supplies below specific levels. In 2005 Diamond Pet Foods, a US pet food manufacturer experienced a significant rise in the number of corn shipments containing elevated levels of aflatoxin. This mold toxin eventually made it into the pet food supply, and dozens of dogs and cats died before the company was forced to recall affected products.

In 2002, the U.S. International Trade Commission reported that according to one estimate, US insurers paid over $3 billion in mold-related lawsuits, more than double the previous year’s total. According to the Insurance Information Institute, in 2003 there were over 10,000 mold-related lawsuits pending in US state courts. Most were filed in states with high humidity, but suits were on the rise in other states as well. By 2004, many mold litigation settlements were for amounts well past $100,000. In 2005, the U.S. International Trade Commission reported that toxic mold showed signs of being the “new asbestos” in terms of claims paid. In 2012, a key appellate court in Manhattan found a consensus in the scientific literature for a causal relationship between the presence of mold and resultant illness. In 1999, an Austin, Texas, a woman was awarded $32 million when she sued her insurer over mold damage in her 22-room mansion. In 2001, a jury awarded a couple and their eight-year-old son $2.7 million, plus attorney’s fees and costs, in a toxic mold-related personal injury lawsuit against the owners and managers of their apartment in Sacramento, California. In 2003, The Tonight Show co-host Ed McMahon received $7.2 million from insurers and others to settle his lawsuit alleging that toxic mold in his Beverly Hills home made him and his wife ill and killed their dog. That same year environmental activist Erin Brockovich received settlements of $430,000 from two parties and an undisclosed amount from a third party to settle her lawsuit alleging toxic mold in her Agoura Hills, California, home.

In 2006, a Manhattan Beach, California family received a $22.6 million settlement in a toxic mold case. The family had asserted that that moldy lumber had caused severe medical problems in their child. That same year, Hilton Hotels received $25 million in settlement of its lawsuit over mold growth in the Hilton Hawaiian Village‘s Kalia Tower. In 2010, a jury awarded $1.2 million in damages in a lawsuit against a landlord for neglecting to repair a mold-infested house in Laguna Beach, California. The lawsuit asserted that a child in the home suffered from severe respiratory problems for several years as a result of the mold. In 2011, in North Pocono, Pennsylvania, a jury awarded two homeowners $4.3 million in a toxic mold verdict.