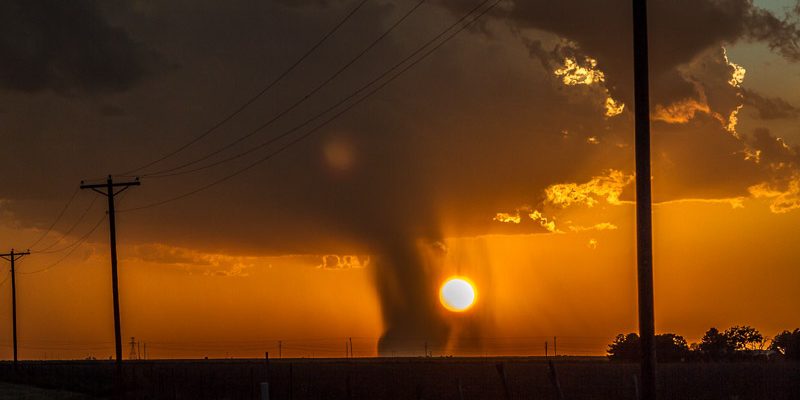 What are damaging winds?

People living in mobile homes are especially at risk for injury and death. Even anchored mobile homes can be seriously damaged when winds gust over 80 mph. 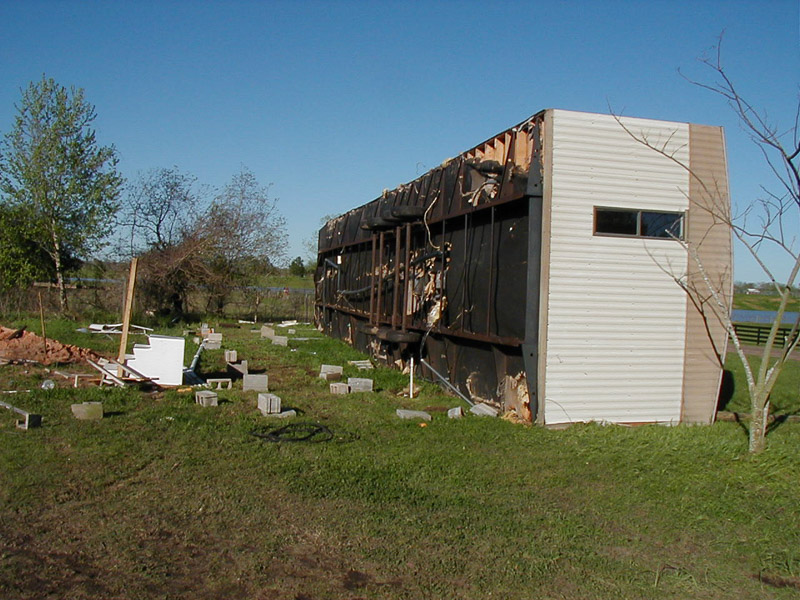 The straight-line wind is a term used to define any thunderstorm wind that is not associated with rotation and is used mainly to differentiate from tornadic winds.

A downdraft is a small-scale column of air that rapidly sinks toward the ground.

A macroburst is an outward burst of strong winds at or near the surface with horizontal dimensions larger than 4 km (2.5 mi) and occurs when a strong downdraft reaches the surface. To visualize this process, imagine the way water comes out of a faucet and hits the bottom of a sink. The column of water is the downdraft and the outward spray at the bottom of the sink is the macroburst. Macroburst winds may begin over a smaller area and then spread out over a wider area, sometimes producing damage similar to a tornado. Although usually associated with thunderstorms, macrobursts can occur with showers too weak to produce thunder.

A microburst is a small concentrated downburst that produces an outward burst of strong winds at or near the surface. Microbursts are small — less than 4 km across — and short-lived, lasting only five to 10 minutes, with maximum wind speeds, sometimes exceeding 100 mph. There are two kinds of microbursts: wet and dry. A wet microburst is accompanied by heavy precipitation at the surface. Dry microbursts, common in places like the high plains and the intermountain west, occur with little or no precipitation reaching the ground.

A gust front is the leading edge of rain-cooled air that clashes with warmer thunderstorm inflow. Gust fronts are characterized by a wind shift, temperature drop, and gusty winds out ahead of a thunderstorm. Sometimes the winds push up the air above them, forming a shelf cloud or detached roll cloud.

A derecho is a widespread, long-lived wind storm that is associated with a band of rapidly moving showers or thunderstorms. A typical derecho consists of numerous microbursts, downbursts, and downbursts clusters. By definition, if the wind damage swath extends more than 240 miles (about 400 kilometers) and includes wind gusts of at least 58 mph (93 km/h) or greater along most of its length, then the event may be classified as a derecho.

A haboob is a wall of dust that is pushed out along the ground from a thunderstorm downdraft at high speeds. 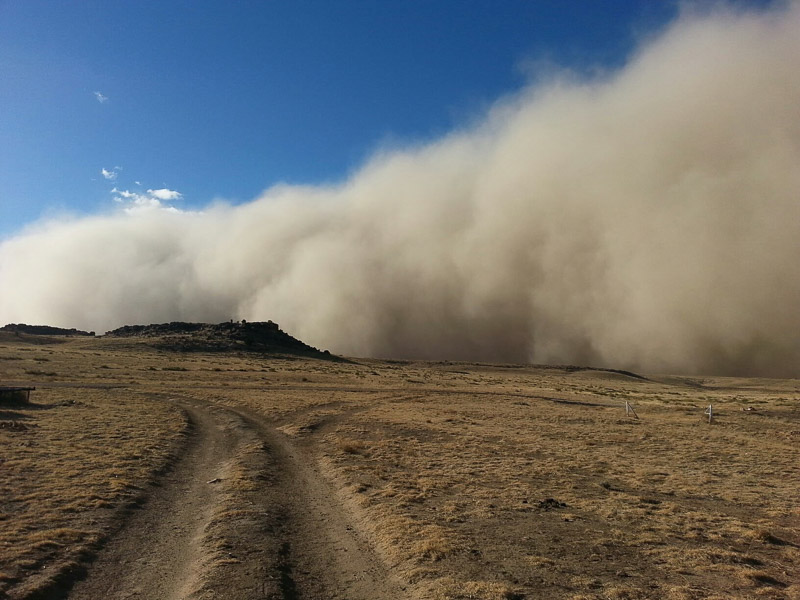 A haboob is a wall of dust that is pushed out along the ground from a thunderstorm downdraft at high speeds. [+]