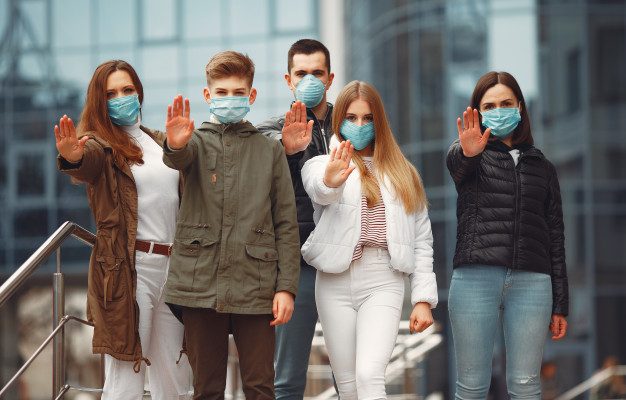 A German study, which is not yet published in a peer-reviewed journal, looked at 60,000 people with COVID-19 in addition to 47 children with the disease. The team found that children had just as much viral load or even higher amounts of viral load than some adults.

This early research focusing on how children can spread the virus could be pivotal in helping officials combat a second wave as some states weigh loosening shelter-in-place orders.

Another study out of China found that school closures drastically helped lower the transmission of the virus and lessen the severity of the outbreak.

“While proactive school closures cannot interrupt transmission on their own, they can reduce peak incidence by 40-60 percent and delay the epidemic,” the authors said.

Experts point out this is early research and more information is needed.

“Are any of these studies definitive? The answer is ‘No, of course not,’” said Jeffrey Shaman, an epidemiologist at Columbia University. But, he said, “to open schools because of some uninvestigated notion that children aren’t really involved in this, that would be a very foolish thing.”

Study finds evidence that COVID-19 quickly spread around the world

A new study finds that the novel coronavirus that causes COVID-19 was spreading around the world shortly after jumping from animal to humans in the last few months of 2019.

The study looked at genetic data from 7,666 samples taken from people with COVID-19. By reviewing the genetic differences in the samples, the study authors concluded that the virus was able to spread quickly around the world at the end of 2019.

Potentially it may have occurred in humans as early as October 2019.

The “COVID pandemic started sometime around 6 October 2019 – 11 December 2019, which corresponds to the time of the host-jump into humans,” the authors wrote.

The authors also found evidence that the virus is mutating, which is expected. But it wasn’t clear if those mutations were making the virus more contagious or deadly.

NYC warns COVID-19 may be causing severe symptoms in children

Officials in New York are warning that COVID-19 may lead to dangerous symptoms in children that could lead to hospitalization.

A health bulletin was issued after 15 children were hospitalized for a “multi-system inflammatory syndrome,” potentially linked to COVID-19.

In general, the most severe symptoms of COVID-19 have been seen in older adults, although there have been some reports of children being hospitalized or dying from the disease.

Now this bulletin spotlights the potential for children to develop dangerous symptoms.

The symptoms included abdominal pain, gastrointestinal issues, cardiac inflammation, and signs of toxic shock syndrome and Kawasaki disease, which is characterized by an inflammation of blood vessels.

Those affected ranged in age from 2 to 15.

The bulletin was released a week after reports of the UK’s National Health Service seeing new cases of children with COVID-19 who have arrived at the hospital with severe symptoms.

“Over the last three weeks there has been an apparent rise in the number of children of all ages presenting with a multi-system inflammatory state requiring intensive care,” the NHS warning read.

The daily deaths from COVID-19 could rise to 3,000 by the end of this month, according to news reports.

The New York Times reports that the Federal Emergency Management Agency predicts that 200,000 new COVID-19 cases will be reported on a daily basis by June 1 and that there will be 3,000 deaths every day from the disease.

News of the report’s findings comes as more states are loosening stay-at-home orders. It’s possible that loosening restrictions will mean another spike in infections and hospitalizations.

Some states that are reopening are still having an increasing number of COVID-19 cases, according to former Food and Drug Administration (FDA) commissioner Dr. Scott Gottlieb.

“When you look across the country it’s really a mixed bag,” Gottlieb said in an interview on CBS. “While mitigation didn’t fail, I think it’s fair to say that it didn’t work as well as we expected. We expected we would see more significant declines in new cases and deaths around the nation at this point. And we’re just not seeing that.”

In New York City, tent hospitals remain empty at two suburban New York college campuses, without having treated anyone affected by the new coronavirus, according to the Associated Press.

In addition, after a monthlong mission to help Manhattan, the Navy hospital ship Comfort has departed.

In Bergenfield, New Jersey, health officials will begin testing residents regardless of whether they show COVID-19 symptoms, according to Northjersey.com.

“Bergenfield has been one of the hardest hit communities in the state and although we are seeing many encouraging signs, we want to be sure that anyone with COVID-19 is aware of the situation and given the proper directions to self-quarantine in order to protect themselves and others,” said Mayor Arvin Amatorio in a statement. “Testing asymptomatic individuals is a major step forward, and we are proud that Bergenfield will be the first municipality in Bergen County to offer this service.”

The site will be operated by Bergenfield and siParadigm Diagnostic Informatics Lab, a private testing laboratory that will process the results.

FDA approves remdesivir for emergency use

On May 1, the FDA issued an Emergency Use AuthorizationTrusted Source for the emergency use of remdesivir to treat people hospitalized with COVID-19.

On April 23, STAT News reported that a Chinese study failed to find any benefit using the drug. The Chinese studyTrusted Source included 237 people. Researchers administered the drug to 158 and compared their progress with the 79 who received a placebo.

After a month, almost 14 percent of the people taking the drug had died compared with almost 13 percent of those receiving the placebo.

The trial was stopped early partly because of side effects, which included “gastrointestinal symptoms (anorexia, nausea, and vomiting)” and worsened cardiopulmonary condition.

“No statistically significant benefits were observed for remdesivir treatment beyond those of standard of care treatment,” study authors wrote.